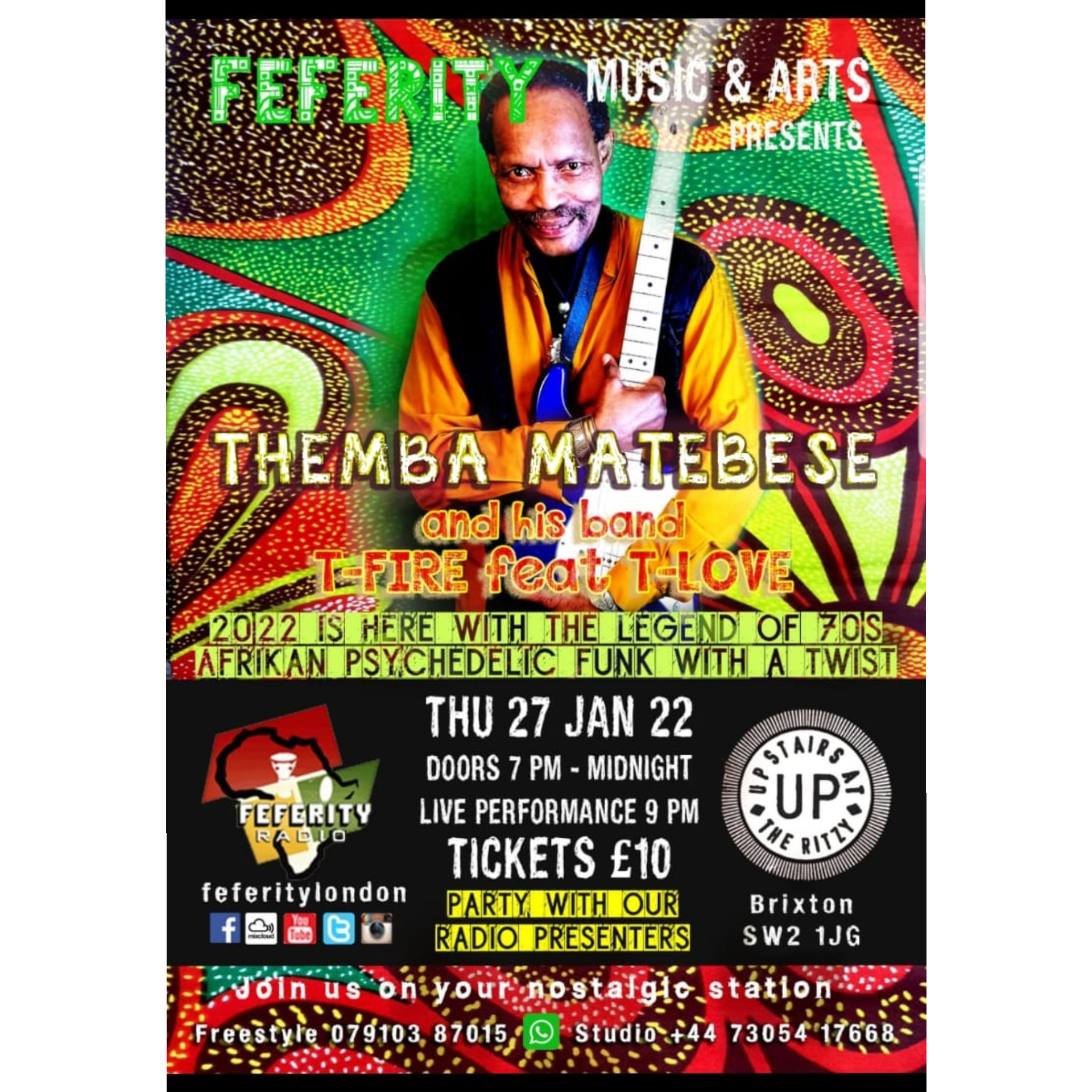 Did Album for Island Records owner and Founder Chris Blackwell. Remained unreleased partly because of disagreements with our representative Miles Copeland III (Who managed Wishbone Ash and later The Police with Sting at the time they where the biggest band in the world). A missed opportunity.

Met Mick Jagger and The Stones who where recording “Goats Head Soup” at the time. Mick liked the music so much he wanted to release it on his fledgling “Rolling Stones Label” Also met Bob Marley and The Wailers as they where recording “Catch A Fire”. We where in Studio 1 upstairs and they where alternating in Studio 2 In the basement at Island studios. It turned out to be an historic time.

Played with Ginger Johnson and The African Drummers for a few years at The Iroko Country Club in Hampstead where we became friends with The Average White Band including Robbie McIntosh ’RIP’, Alan, Onnie and others. Also Phil Lynott of Thin Lizzy fame jammed for many hours with Gary Moore

Recorded did the Superfly 2 film score with OSIBISA.

Did African music score alongside Stanley Myers for film “Wilby Conspiracy” which featured Sidney Poitier and Michael Caine and was produced by Marty Baum of Universal. Proudly still collects PRS royalties for the film every year.

Was friends with and played guitar on recording sessions with Jimmy Cliff (produced by Cat Stevens aka Yusuf Islam) before Jimmy was really famous.

Was friends with Fela Anikulapo Kuti for many years and was a frequent visitor at Fela’s “Kalakuta Republic”. My Stepfather Steve Rhodes (of Steve Rhodes Voices fame) was Fela’s first ever manager and we where friends long before he became famous and continued to be friends until his premature passing ‘RIP”. He used to jam with my Nigerian T-fire band at Suru-Lere Club and The Beachcomber during the late Seventies when I was living in Lagos.
I met Fela backstage when he came to play in Brixton in London after not seeing him for many years and the first thing he said to me was “Ah Themba, are you still playing?” “Of course” I replied to which he said “Good”. Sadly, I believe that was our last ever conversation.

My Mother being an NHS Doctor who was recruited from the UK by the Nigerian Government to work as an expatriate Doctor in Nigeria which she did for over 20 years, hence my long connection and association with Nigeria. My father was exiled from South Africa and he was Headmaster of Igbobi College one of the Premier schools in Nigeria for a number of years. So, I spent a lot of time between Nigeria and the UK as a child.

Lucky enough to be friends with 3 of the major icons of South African and world music – Bra Hugh Masakela, Sis Zenzi Miriam Makeba and Abdullai Ibrahim aka Dollar Brand.

Bra Hugh stayed in my Mum’s house in Lagos when he came to Nigeria. They where contemporaries and knew each other fro South Africa so Bra Hugh was a family friend. That was the same period he met Fela Kuti and subsequently worked with him. Hugh was intrigued by my T-Fire album “No Stop Dis Music” and really liked “You Gotta Try” even though he mistook my lead guitar for a synthesiser and quite surprisingly would not accept that it was my guitar. Nuff respect so I didn’t push it.

I first met Miriam Makeba when she came to do a concert in Nigeria and I had to be an emergency replacement for her regular guitar player who was having some problems and couldn’t play. It all worked out in the end but I think she appreciated my efforts. Later we met again in London where I was living with my then girlfriend Betty Boo who was part of Miriam’s backing group that toured the world. Miriam would sometimes visit and spend time at Betty’s when she was in London and I got to know her better during that period.

I met Dollar Brand as he was known at that time in New York. Our wives had met independently in Macy’s department store in Manhattan where Dollar’s wife had complimented my ex-wife on how well behaved our 2 children where and they got talking from that. They discovered they where both married to South African musicians (what a coincidence) and we where invited to come and meet Dollar. As it happened Dollar had to leave New York as he had to perform at The Troubador in Los Angeles the following week. Unbelievably (another coincidence), I was also due to be in Los Angeles to do some recording that week so we ended up meeting backstage at the Troubador. That’s how I became friends with Dollar Abdullai Ibrahim.