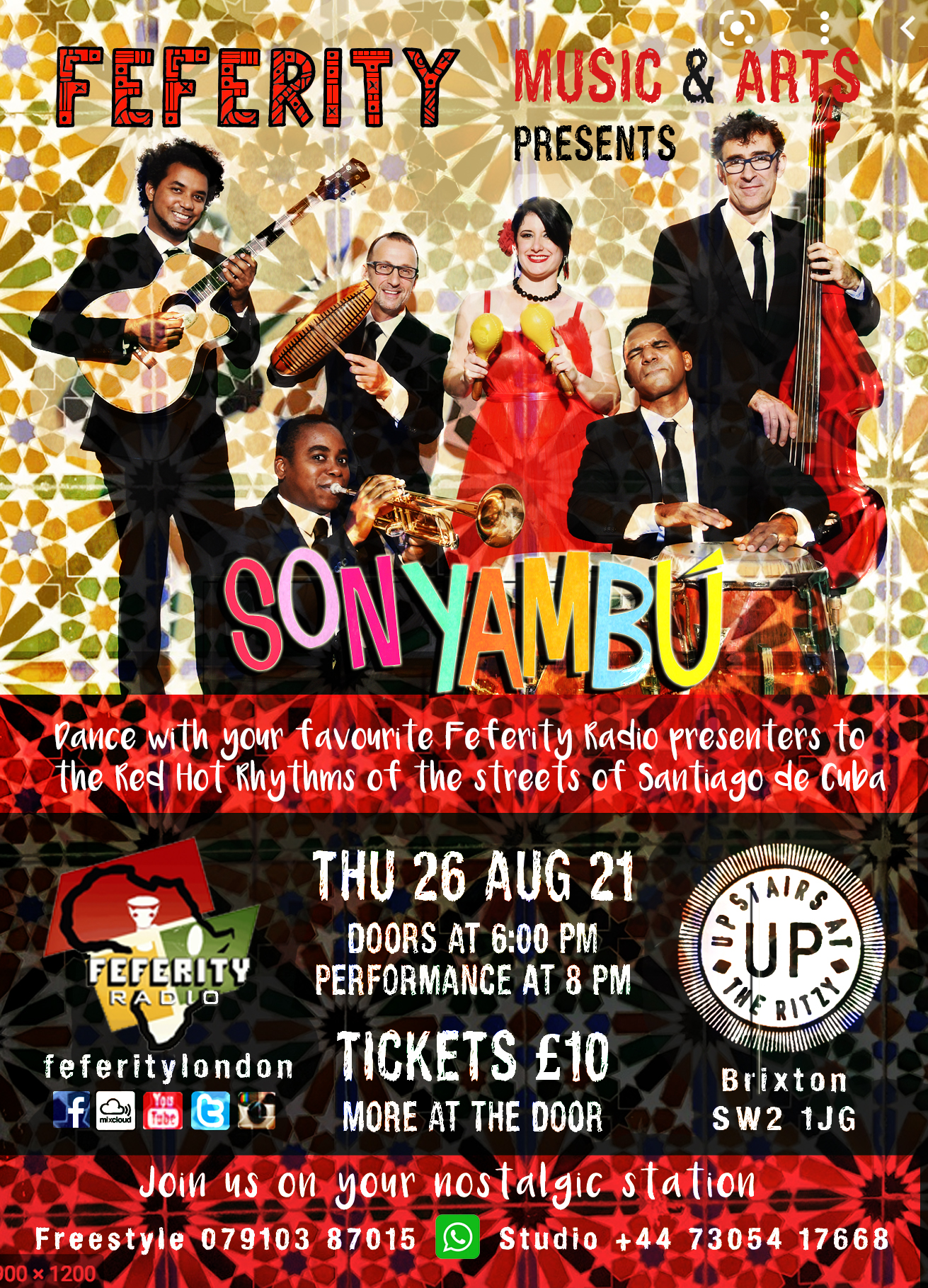 Son Yambu (Afro Cuban) band Live Upstairs at the Ritzy Last Thursday 26th August 2021 Doors open 6pm Tickets £10 Feferityradio Music Event is back at its home in Brixton, kicking things on with London based Afro Cuban band Son Yambu. This band has all the musical ingredients to light up your fire and get you doing the salsa on the dancefloor. <span;>You’ll get the opportunity to enjoy songs from their second album full of original son Cubano, continuing the Buena Vista legacy that put Cuban music back on the world map in 1997.   Featuring a new line up of the very best of Cuba’s musical diaspora, ‘Tremendo Ambiente’ reflects the evolving nature of the music whilst at the same time paying homage to its roots. Recorded in London, ‘Tremendo Ambiente’ features Son Yambu’s traditional ‘sonora’ sound of two trumpets.  Made up entirely of original songs, the album features a varied collection of Cuban and Caribbean rhythms. Get you tickets now to avoid more cost at the door! This event is sponsored by Black in White, a poems about one woman’s experiences of racism and unconscious bias as a black person working in the corporate world. Written by Charlotte Shyllon. www.blackinwhiteservices.co.uk Listen to Feferityradio www.feferitylondon.co.uk/feferity-radio
+ Google Calendar+ Add to iCalendar