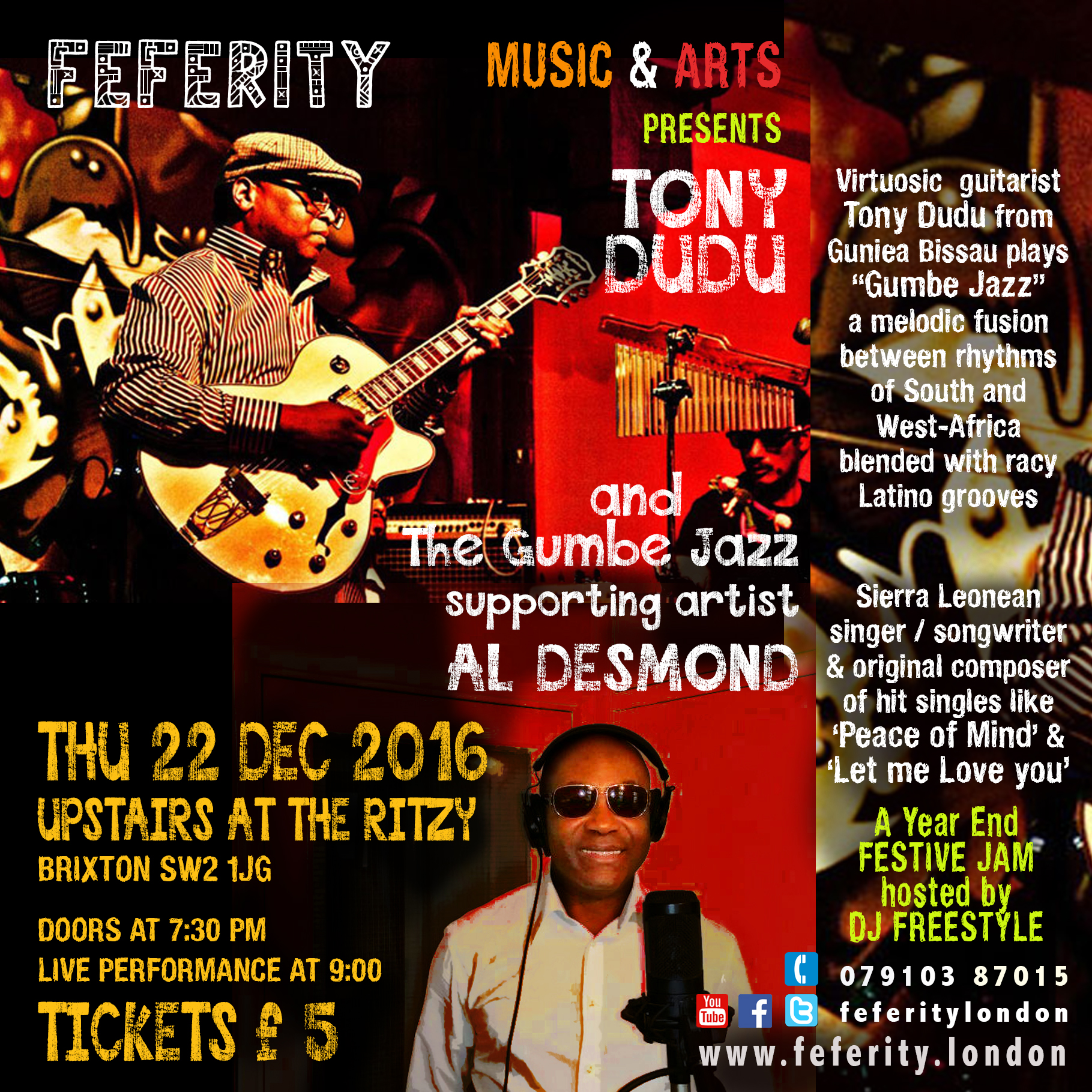 This December at the Ritzy Tony Dudu from Guinea Bissau, West-Africa will graced the end of year Feferity party!

Tony Dudu is such an incredible musician, he built his first guitar from an olive oil tin, a broom handle and two nylon strings. He told DJ Freestyle at his radio show. Â At the age of twelve he joined â€œOs Lacaraesâ€, Guinea-Bissauâ€™s first infants musical band. Two years later he was invited to play with the famous group â€œAfrica Livreâ€, where he met Manecas Costa and â€œJustino Delgadoâ€, and later became their lead guitarist. By this time Tony began to receive recognition for his virtuosic and melodic guitar playing. He went on to work with many musicians, sometimes as a lead guitarist.

In October he launched his album “Bin no Bai” in Portugal, and in December an international concert in Dubai. Now he returns with his band the Gumbe jazz to perform some beautiful rhythm styles of Afro-jazz, soul & disco fusion all in the name of festive spirits.

Al Desmond (Sierra Leonean) may not sound as popular a name to you, however he’s amazing songwriter and composer of many styles of music. He has written top dance hits for great artist(s), but now he takes to the stage to wow all you lovers of creative musicians. Â He has released some excellent singles, and here he is to win your grooves.

Quick update. We’ll be having a surprise music artist LENEA HEREW! She has just published her book “In Honour of ME” recently and will grace the stage with her beautiful melodic voice. https//m.soundcloud.com/leneaherew