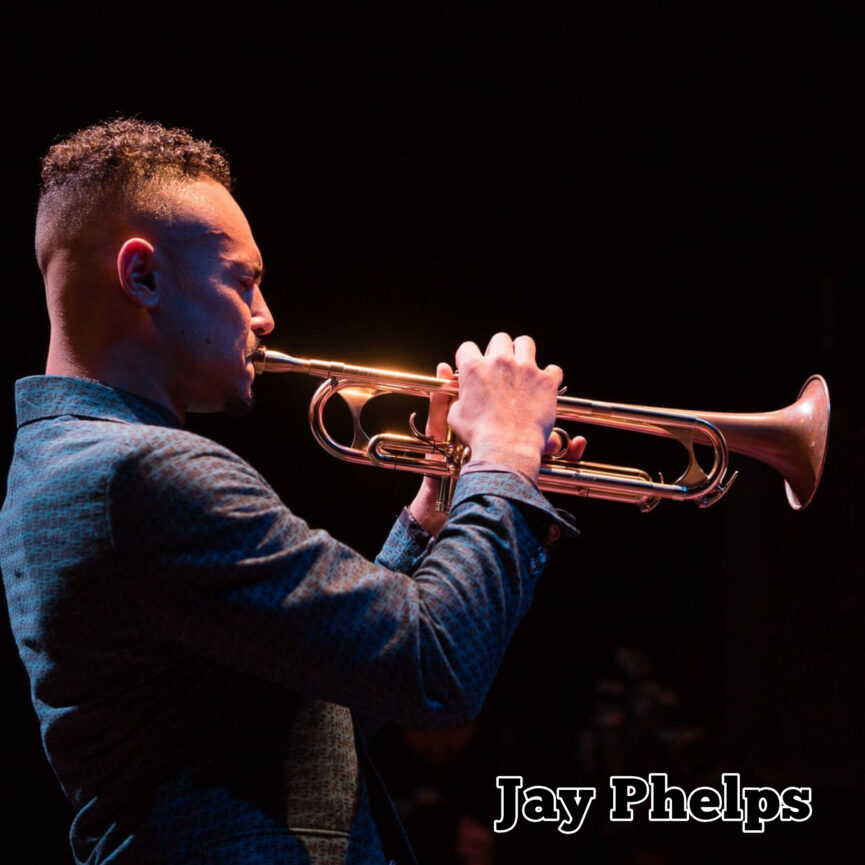 William Cline-Bailey will be in conversation with Jay Phelps on the 14th of May 2022between 14:00-16:00 Hours GMT on The Jazz Sessions

Trumpeter, composer, band leader, educator, and writer – Jay Phelps has performed with some of the world’s top names. With an instantly recognisable warm and projecting tone, Canadian born Phelps is a household name on the Jazz scene in the UK and his international presence is steadily growing. From his own quartet to his other projects NBOC and SoulEndvr, Phelps, who is never idle, remains fresh and full of new ideas and concepts. While living in Vancouver, Phelps was tutored by the city’s top jazz and classical trumpeters. He distinguished himself early on as the youngest bandleader in the Vancouver International Jazz Festival’s history at age 15. In 1999, aged 17, Jay moved to London and immersed himself in the jazz scene immediately.

Jay went on to study at Trinity College of Music, gaining an honours in Jazz Theory and Performance. During this time at college, Phelps created and co-lead the UK jazz sensation, Empirical. They spent years touring major festivals with their self-titled debut album, produced by Courtney Pine, while garnering worldwide media attention that UK jazz musicians hadn’t enjoyed for years. Empirical is looked upon as one of the major influences that kick-started the current young British jazz movement and Jay is a big part of that due to his role as a band leader and an enabler for many of the scene’s top artists and groups. The list includes Shabaka Hutchings, Moses Boyd, Femi Koleoso (Ezra Collective), Nubya Garcia, Ashley Henry, Reuben James, and many more.

In 2008, and the same year that Empirical were garnering awards such as the EBU and Parliamentary Jazz, as well as performing at the Newport Jazz Festival, Jay was approached by Amy Winehouse herself, in a park in London and mentioned to him that she had been watching the trumpeter perform for a while in various locations. Amy asked Jay if he would join her band. Jay joined the band for a few months of touring before having to decide between his own band or Amy’s band. Jay decided to pursue his own creative path.

Jay Phelps will be discussing his music and current projects. Stay tuned to Feferity Radio on Mix Cloud and catch up with previous shows.