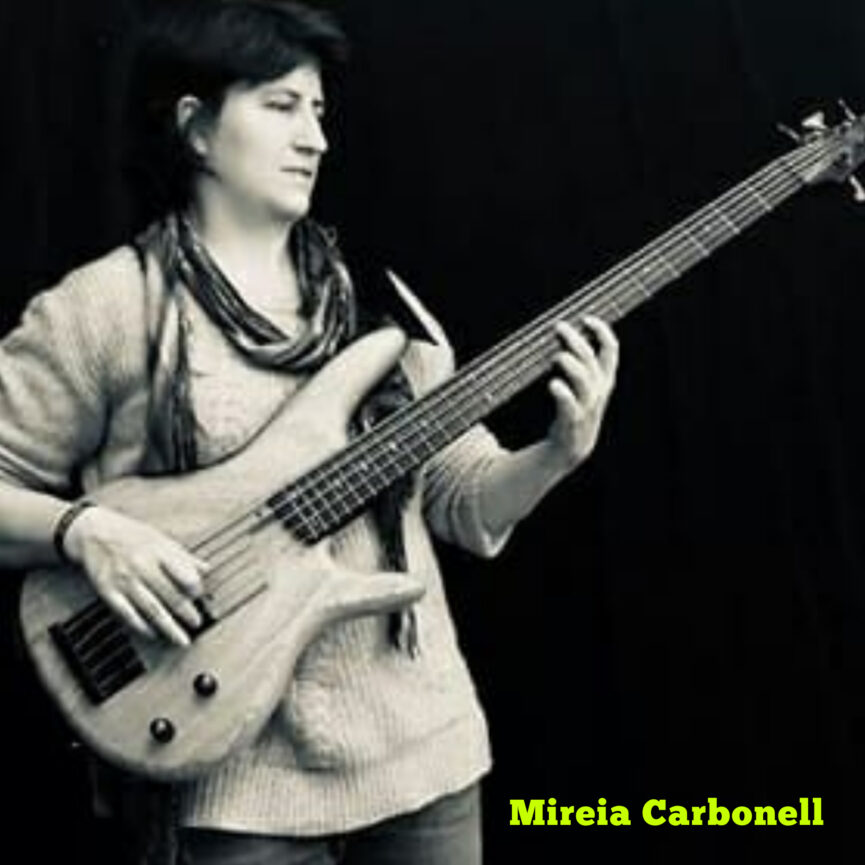 William Cline-Bailey will be in conversation with Mireia Carbonell on the 9th of April 2022 between 14:00-16:00 Hours GMT on The Jazz Sessions.

Mireia Carbonell graduated as a bass player at Escola Superior de Música de Catalunya in Barcelona , Catalonia. Mireia Carbonell has performed in several UK music festivals like Africa Oyé, Journeys Festival, London African Music Festival, The big Festival, Rising sounds Festival, etc and recently decided to start her own band called “Periscopi Invertit.”
Periscopi Invertit (Reversed Periscope) is a band that mixes Catalan folk melodies with North African rhythms and jazzy vibes. The band explores how old folk melodies can fuse with funk/ latin /jazz arrangements and keep their connection with some Mediterranean sounds and grooves.
The music is as influenced by the legacy of “Ona Laietana”, one of Barcelona’s underground music bands from the 70’s

Mireia Cabonell will be discussing her musical career and the influence of Jazz on her music
Stay tuned to Feferity radio on mixcloud and catch up with previous shows.
www.mixcloud.com/Feferityradio
www.sportyfy.com/Feferityinspire