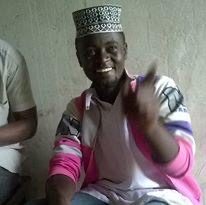 BE HONEST WITH YOURSELF

I don’t like people who cannot keep a promise. We often have a challenge saying I don’t like it. I once told a friend how I didn’t like a certain character in people. It didn’t go well.

The person who got into marriage with the wrong partner did so because they did not say I don’t like dishonest people who cheat.

They did not say I like honest and respectful people. They did not hold on to their principles straight and headstrong.

“I don’t like”, when you say this statement verbally, it literally is a reaction to the person, being frank and may not go well with the audience.

If you don’t like certain social values because people have developed an out-of-the-world attitude, you are not to blame if you noticed the unreal human environment.

However, if you want the votes of the majority, you need to shun honesty.

You need to clearly define your “I like” or you will struggle with saying “I don’t like”.

A year ago, a Kenyan marathon runner, Eliud Kipchoge embarked on a mission to run a marathon in less than two hours. The challenge, initiated by Ineos attracted many.
This challenge inspired millions of people across the world.

Kipchoge’s team comprised of forty-one Pacemakers, who rotated twice each lap. They ran in a V-formation. Kipchoge was placed at the bottom of the formation with two pacemakers running behind him – set to break the two hours barrier. He completed the race in a record time of 1:59:40.2.

When he was asked what kept him going through the challenge, I learned it was all about the “I like” he had said. He had said “I like” to running and breaking barriers, come what may and so he was able to say “I don’t like” to the suggestions made about it being impossible and the discouragement – the pain or fears.

The truth of the matter is, pain, fear of hurt and the comfort of the present will offer suggestions for the easiest way out. However, only those who have said “I like” to break barriers in a race can say “I don’t like” to suggestions and discouragement.

The thing is, what determines where you want to be is not the thorns, rough terrain, or unfavorable weather conditions on the way, not those who are ahead of you in that race or the difficulties in getting there.

It is the strength of your I like that takes you there. In this case, your attitude will determine your altitude.

It is true for running a marathon and breaking a barrier and so it is for running the race to success. Be bold enough to say I don’t like it.

I would love to write blog posts for you. The most amazing thing is; how affordable I am. I look forward to hearing from you soon.