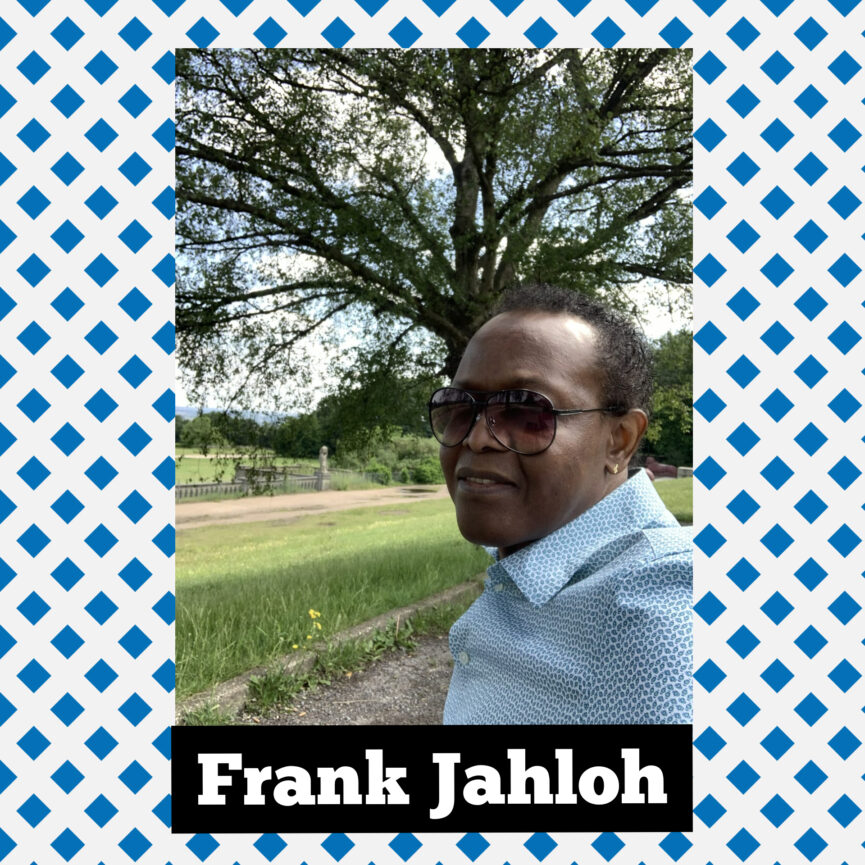 On Saturday 8th January 2022 William Cline-Bailey will be in conversation with Frank Jahloh .
Frank Jahloh who originates from Sierra Leone is a versatile Guitarist, Songwriter, Video creator, Mixing and Mastering Engineer .He started his interest in music at age 13 when he learnt to read and write music and also play clarinet with the BO School Marching Band in Sierra Leone. He later learnt to play the guitar which became his main instrument.

He attended Fourah Bay College, Freetown Sierra Leone. Whilst at university he became an integral member of The FUSION Band which comprised of university students. After graduating from university in Sierra Leone he travelled to London and continued his interest in Music. He undertook further guitar lessons with Welsh Jazz guitarist Edmond Selwyn and Mo Nazam .

Whilst perfecting his craft as a guitarist, Frank has performed with a myriad of professional musicians which include The Sierra Leone Refugee All Stars, JAYWAN, Gilbert Gabriel of the Dream Academy Section 10 Band, musicians from The Super Combo Kings and lots more .He was also an integral member of a band called The Jungle Mission. This outfit released a song called
“Waka for Natin” written by Cho Tucker and released under the Pseudonym of “SierraSonic “
As a recording artist Frank Jahloh has released two self- produced albums: “The world as one” and “African Love Affair” which are available on all music streaming platforms.