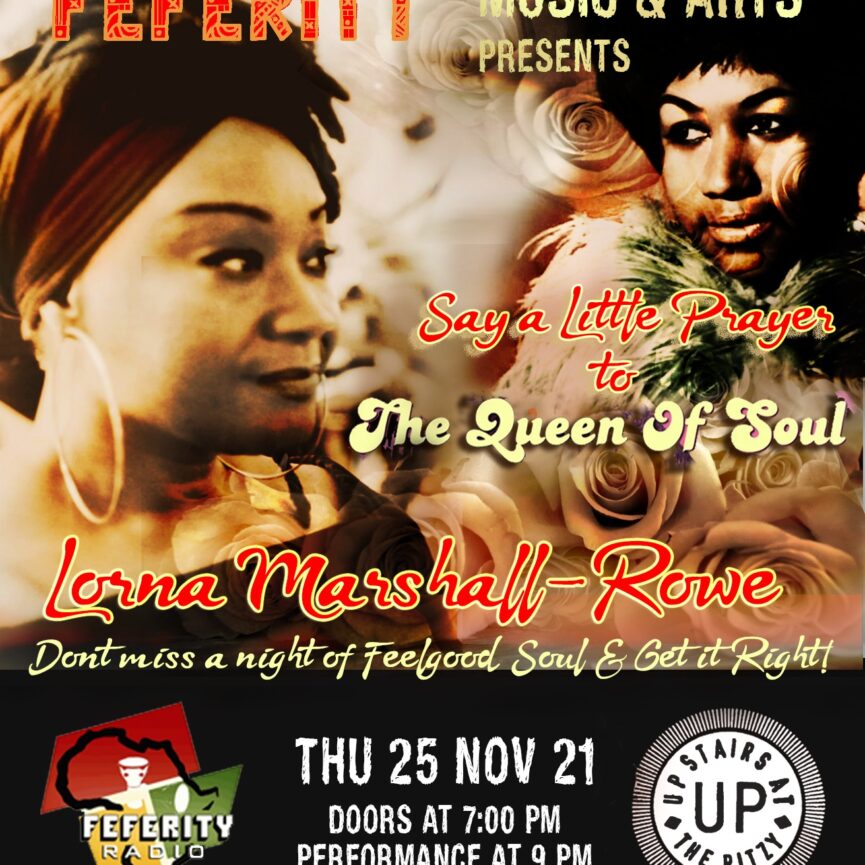 Feferity Radio, has over the past few years, hosted successful events around London. They have done it yet again this year in a bigger way. Thursday, December 30th, is the day Aretha Franklin will be brought back to life in Brixton.
Have you ever watched an Aretha Franklin Live performance or video? If not, you must have missed out on knowing what a pure talent and incredible soul she is. Christened the “Queen of Soul” because she could move people to tears with her powerful vocal prowess, her songs are a tremendous thrill to everybody around the world.Ladies and gentlemen, Feferity presents you with a rare opportunity to share a moment with Aretha Franklin live at the Ritzy.

LORNA MARSHALL-ROWE
On the night of 30th December, Lorna Marshall-Rowe will be caressing our souls at the Ritzy – Brixton, SW2 1JG London, UK. Lorna Marshall-Rowe Dubbed “the lady of soul”, she has performed at different events with her breathtaking renditions of Aretha Franklin songs.

In 1994, Lorna Marshall landed a recording deal after her stunning performance of Aretha Franklin’s “Respect” at the London Palladium. With Polydor records, she released a song “Manifest your Love” that was featured on music week magazine as the number one song of the week.

She has performed as a lead jazz vocalist; at the Cannes festival that was held at the Cartel hotel in “The Great Gatsby” production – an event that was hosted by the London Cabaret Club of Holborn in 2019.

Lorna Marshall-Rowe also, in 2019, put together a tribute concert to the legendary Aretha Franklin; Celebrating 73 years of Aretha Franklin, that was a great success.

Lorna Marshall-Rowe will be singing some of your favourite Aretha Franklin’s songs on the night of 30th December – the last Thursday of the year.
On the decks DJ Freestyle and DJ Maestro will be playing your favorite Soul and Lovers’ Rock music, to soothe your night out experience at the Ritzy, Brixton SW2 1JG.