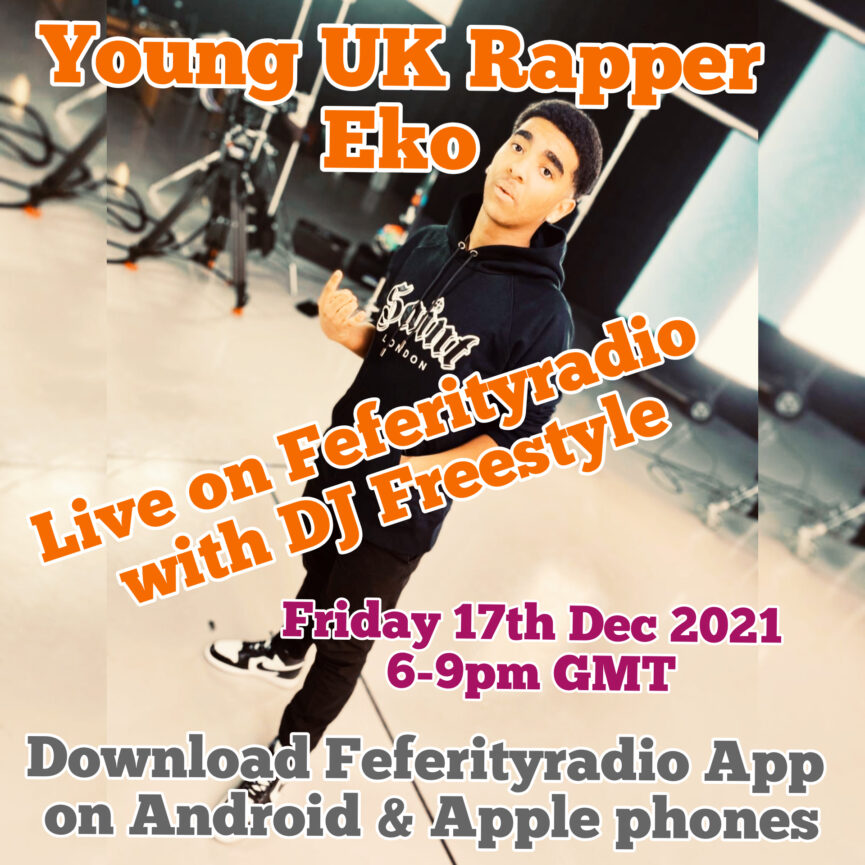 Freestyle in conversation with UK conscious rapper Eko, 17th December 2021. He spoke exclusively about his intentions & aspirations for the future and his music.

What does my artist name “EKO” mean?

The name EKO is a traditional Ghanaian middle name which was given to him by his father when born.

Where are you from ethnically and area wise?

EKO was born in Camden Town, London, and has been raised in North West London for all his life.

His mother is Italian and his father is Ghanaian.

What inspires you to make the music you make?

EKO takes a majority of his musical inspirations from everyday events and situations that go on in his day to day life.

He is very keen on highlighting social issues that have both, happened or are currently happening around his environment.

EKO takes both lyrical and production inspiration from UK artists such as:

What type of music did you grow up listening to?

Growing up, EKO was surrounded by all types of genres of music such as:

What do you do at the moment with your music?

In terms of live events, studio time and releasing music, EKO is currently focused on bettering himself as an artist while crafting his own unique sound.

He performs regularly at live events where he showcases his talent for spoken word and freestyles, written by him.

He attends a music college based on East London and spends a lot of time in the studio, producing, songwriting and recording future projects and ideas.

What projects have you got coming out?

At the moment, not a lot can be said, but there is a single that is going to be released very soon on all platforms and streaming services. Stay posted via his Instagram: @1eko_official for release updates.

How would you describe yourself as an artist?

EKO’s sees himself as a respectful long lasting conscious rapper that aims to make a positive change to people in both his community and around the world through words and music, combing a mixture of Alternative Lofi Hip Hop, Neo Soul, R&B, Electro Funk, Jazz Rap, Grime and Boom Bap Rap to bring people together.