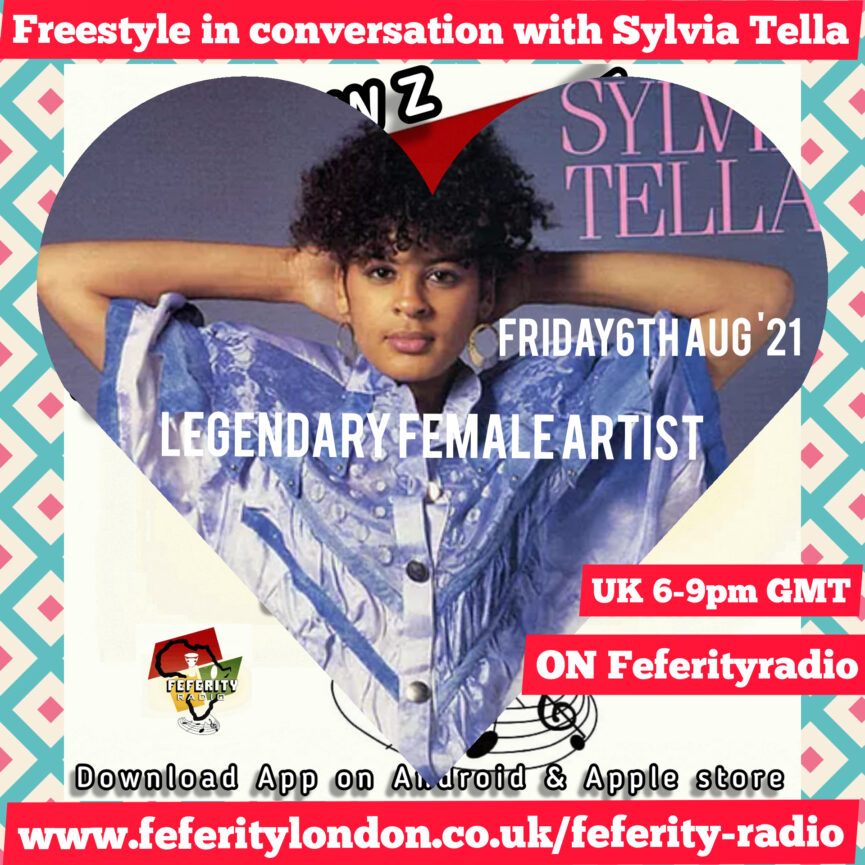 Sylvia began singing with her father and his band experiencing and listening to the world flavours of music. They sang in the university and that is when the seed was planted. She wanted to sing and was pushed by friends and the community into the Russell Club who were putting on a local talent competition organised by their own black DJ – John D from Manchester Piccadilly Radio. Sylvia won at 13 years.

She then formed her own band Samakunda at 14 years gigging at youth centres, church halls and local pubs. Sylvia then joined the group The Stimulators, otherwise known as Harlem Spirit, a set of local musicians from her hometown Hulme doing bigger gigs in the community. Sylvia then went on to join another group The Romantics from Chorley, Lancashire. A family of brothers whose father was the manager and they recorded some original music and started doing shows all over the North of England. The Romantics played in London where they performed at the renowned club in London for Celebrities, Gullivers. Sylvia was the Act the night Top of the Pops artists came in – Boney M Group, Smokey Robinson, Hot Chocolate, Brotherhood of Man. Frank Farian, a white German man was the mentor and producer of Boney M Group and he wanted Sylvia to join the group after he saw her perform.

At 15 and a half years Sylvia joined Boney M and that was the start of her International singing career.

Sylvia started touring with Boney M all around the world.  Not only was she singing as the backing band, Black Beauty Circus for Boney M as the warm up act before Boney M performed Sylvia also had her own show, when not performing for Boney M, as lead singer for the group out of the musicians.

With backing band Black Beauty Circus of Boney M, Sylvia was a member of a group called Body Soul and Spirit and she sang the songs they wrote together.

When she was 18 Sylvia was introduced by Lascelles James, the Saxophone player for Boney M to the Jamaican International Reggae Producer, the late great Lloyd Chalmers who recorded her debut album Spell, on the Sarge label in 1981, the start of the Sylvia Tella Solo Journey in music.

Sylvia also contributed to a charity record in aid of victims of Hurricane Gilbert released under the collective name Windjammer. Sylvia performed in Birmingham supporting Beres Hammond at the Aston stadium, Birmingham.