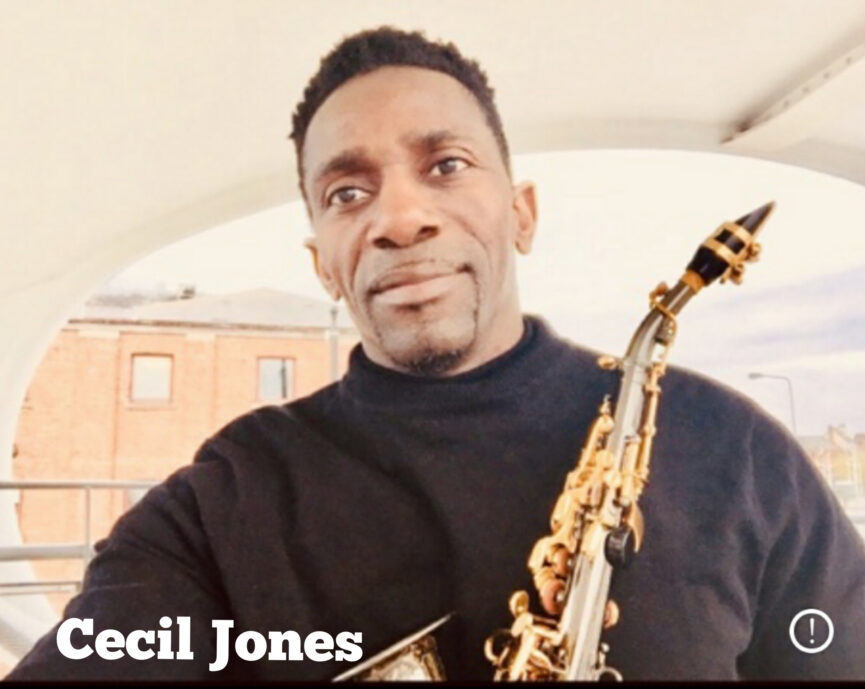 William Cline-Bailey will be in conversation with Cecil Jones “CJ” on Feferityradio Saturday 10th July 2021. Cecil Jones “CJ” is a Musician, Singer Songwriter, Recording Artist, and
Multi-Instrumentalist from Freetown, Sierra Leone who lives in the city of Hull.

Music has been part of Cecil’s life since he started his musical journey in Sierra Leone at the age of twelve.
He then travelled to the UK where he continued his musical pursuits by studying at Morley College and Hull University respectively.
He plays music from around the world, including Jazz, Classical, pop, Gospel and Traditional.
Cecil’s main instruments are Trumpet and Saxophone. He is ABRSM Grade 8 certified. As a
Saxophonist, Cecil has recorded sessions with Beckview Studio, Fruit Trade Music and done Radio broadcasts with Hull Kingston Radio and BBC Radio Humberside. He has toured and recorded in various parts of the UK and Africa. He has worked with various bands and musicians such as: Laurence Rugg, Garry Harmon, Matthew Smith, Mikey Scott, Collins Pratt De Champ, Errollyn Wallen, Sarah Suckling, James Redwood, Mambo Jambo Hull, Diordym, Diobrass, Freetown Mix, Hekima; Sing and Tell.

Cecil is an impressive tenor singer with a distinctive voice. He sings professionally as a soloist and also with choirs including Hull Choral Union, University of Hull Chapel Choir, Leoa Academic MaleVoice Choir, Balanta Music Makers, Walworth Methodist Church Choir, United Voices Choir. He performs at all types of occasions.

Cecil is recognised locally and internationally as a motivator and Saxophone educator, Drumming
Workshop Leader, Choir Director. His teaching sessions has always been described as exceptional and outstanding. He formed the ‘Hull Afro Drum Beats (Had-Beats) in 2018 and has recently expanded his drumming Workshops to the wider communities in Hull and other parts of the country. He teaches children and people of all ages.
Stay tuned Saturday 10th August to www.feferitylondon.co.uk/feferity-radio and listen to William Cline Bailey in conversation with Cecil Jones.