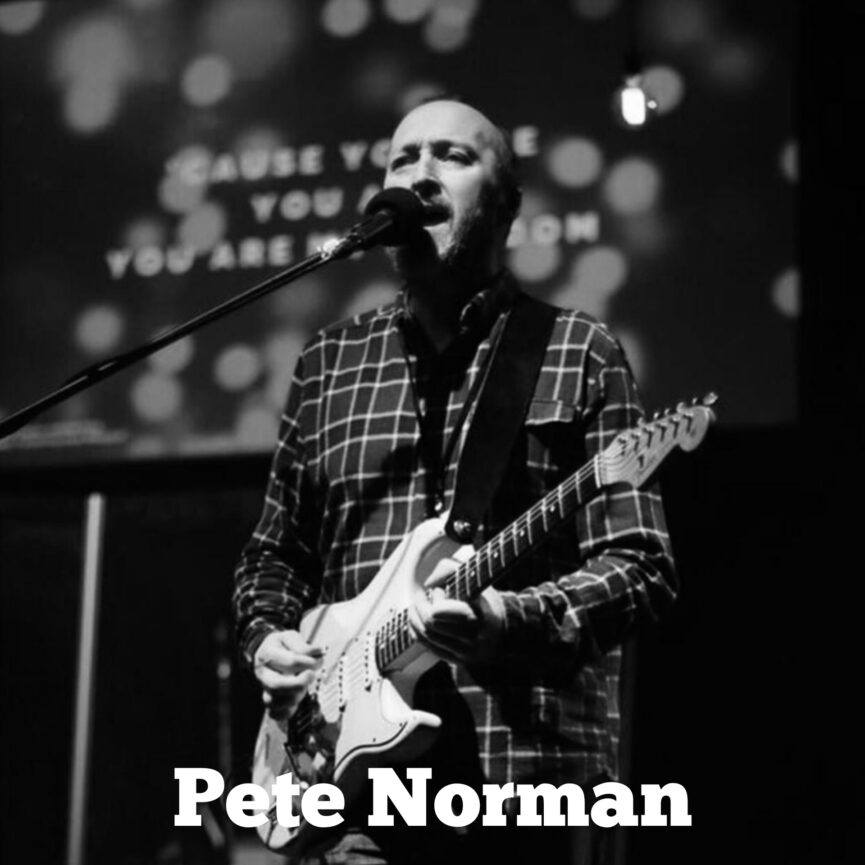 Pete Norman originally from the Northwest he taught himself to play aged 14 beginning a lifelong passion for all things guitar. As a singer and having played Guitar and Bass for several original and cover bands throughout his teens and twenties he developed a keen interest in the workings of the guitar and has become a bit of an expert set up engineer.

Having moved to the Southeast in 1998 Pete became the Music director, song writer, arranger and producer for a network of churches for over twenty years. Co writing and producing over 30 albums including live albums and DVD’s. Many of the songs have been translated for use around the world.

He has been a session musician throughout his career and now based in Scarborough is a regular guest musician at Beck view studios.
His musical interests are eclectic and he agrees with Miles Davis when he says ‘ there are only two types of music, good and bad!’