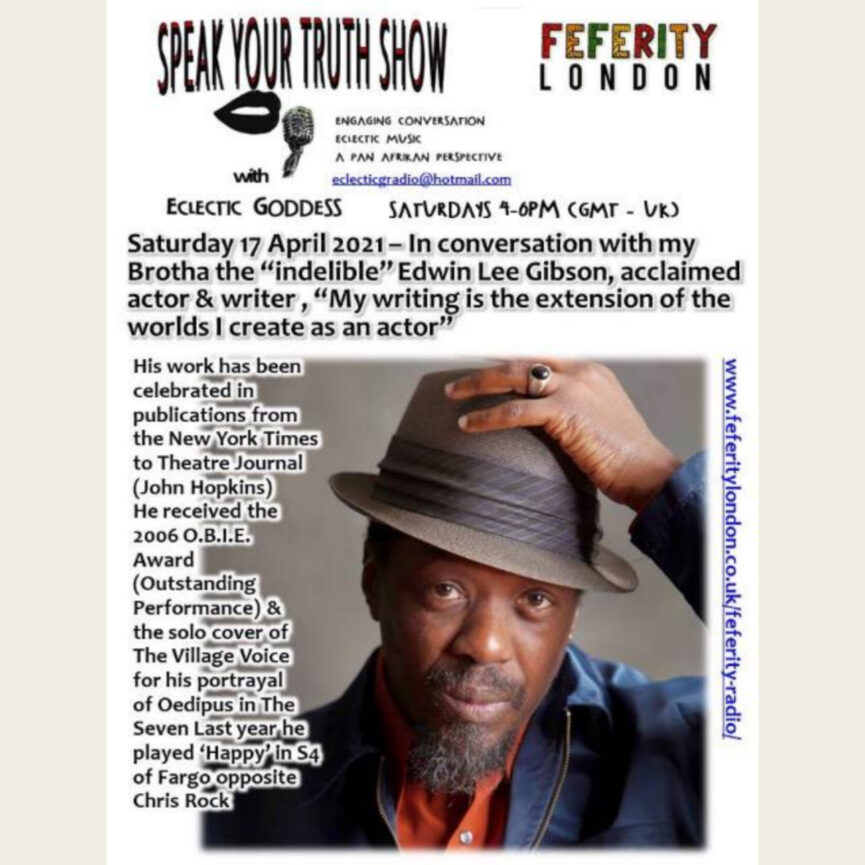 TUNE IN to the Speak Your Truth Show, 4-6pm (uk time), Saturday 17 April 2021, when I will be in conversation with my Brotha the “indelible” Edwin Lee Gibson, acclaimed actor & writer, “My writing is the extension of the worlds I create as an actor”.

Born and raised in Houston, Texas, he began acting as part of the much-heralded Ross S. Sterling High School Drama Club. Aged 16 his career took off when he joined a city-sponsored summer drama program. His work has been celebrated in publications from the New York Times to Theatre Journal (John Hopkins) He received the 2006 O.B.I.E. Award (Outstanding Performance) & the solo cover of The Village Voice for his portrayal of Oedipus in The Seven Last year he played ‘Happy’ in S4 of Fargo opposite Chris Rock.