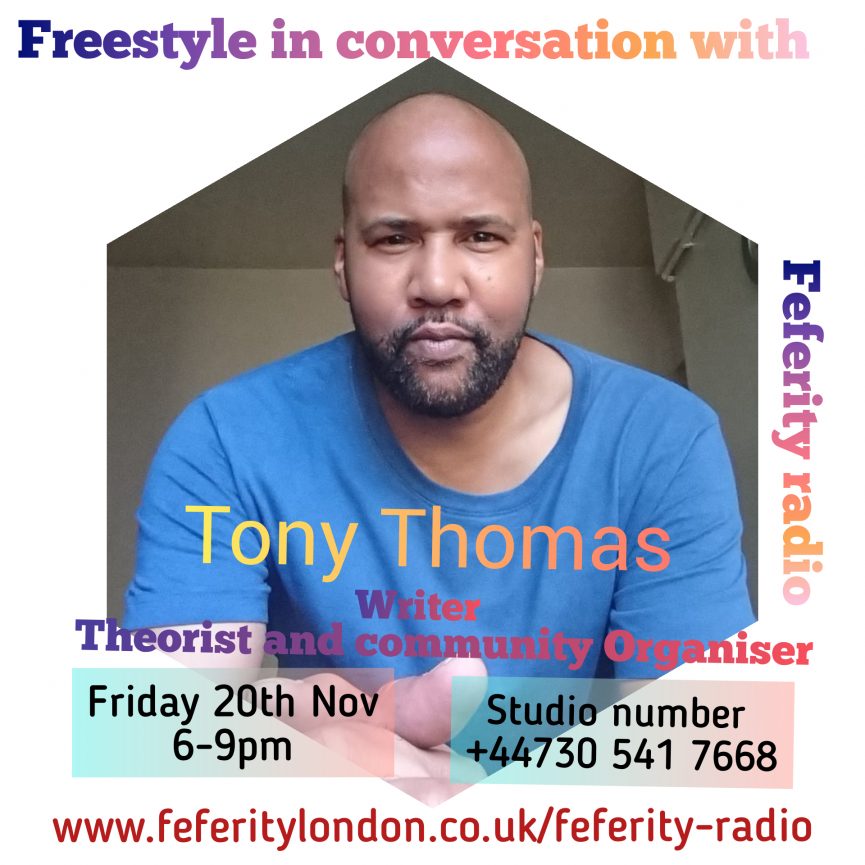 Tony Thomas is a writer, theorist and community organiser with a love of Reggae music. Coming out of Brixton he is a voice of Black London and Black Britain.

He was the founder of the Hip-Hop Generation, a movement and thinktank dedicated to thinking about post-civil rights black politics in the UK and the US. For which he was awarded a Winston Churchill Memorial Trust Award.

A former Board Member of Brixton Base, the Black Londoners Forum and London Citizens, he has previously been noted as one of ten, young, gifted and black in politics by the Independent on Sunday.

From 2014 Thomas was hired as a lecturer in theology and social justice at Canterbury Christ Church University, teaching community organising to black undergraduates that were part of a pioneering community partnership with the university based in Woolwich.

In recent times his intellectual work has paid attention to the economics, politics and power of the Commonwealth and Commonwealth Free Trade.

In 2018, Thomas became a sports coach and sports entrepreneur running Laxstar Sport, a small business that distributes lacrosse equipment and seeks to raise the profile of the sport in the UK, particularly amongst Black Britons.